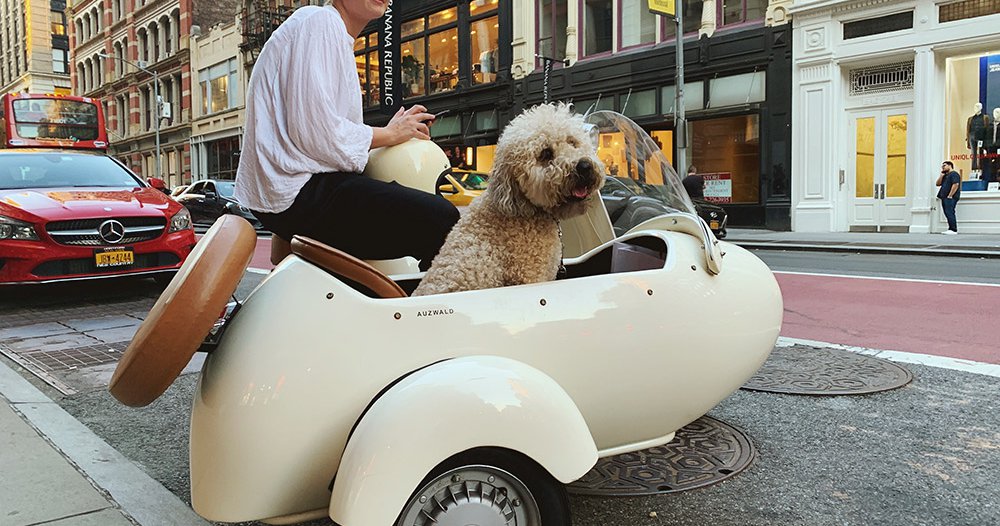 Living in New York City is stressful, and doubly so for our four-legged family members.  Luckily, New York City might actually be a good thing for Fido.

New York City is frequently ranked as one of the most dog-friendly cities in America. In fact, Huffington Post recently named the Big Apple the tenth best city in America for dogs based on walkability, number of dog parks, and plenty of bars and restaurants that aren’t fussed about canine patrons. Here are some of the perks of having a dog in New York City.

According to a recent study by ParkScore, New York has 1.62 dog parks per 100,000 citizens. That means no matter what neighborhood you choose, you’ll probably never be too far from a dog run.

Plus, many public parks in the city allow dogs to be off-leash from 9 p.m. to 9 a.m., making early morning walks with your dog especially fun. You’ll probably find a close-knit group of morning dog walkers if you happen to frequent one of these parks, so both you and your dog could make some new friends.

Central Park boasts 23 dog-friendly areas, and Brooklyn’s sprawling Prospect Park allows off-leash dogs in both its upper and lower meadows and also has a swimming area just for dogs.

The only thing New Yorkers love more than brunch is bringing their dogs to brunch, which is probably why the city has 514 pet-friendly restaurants and bars.

On sunny days, many places don’t mind patrons sitting outside with their pets and often provide treats and water so dogs can snack too. Oftentimes, bars with outdoor patios become makeshift dog parks in the warmer months, allowing dogs to play while their owners enjoy a few drinks.

Leave Your Pooch in Luxury

New York is a walking city, which makes it a great place for humans and dogs to get plenty of exercise. It’s also a town where many dog owners feel perfectly comfortable leaving pets tied outside while they run into a bodega or coffee shop to grab a quick snack. And while it’s generally pretty safe to do so, one company is making sure that New York City dogs can relax in perfect comfort while their owners run errands.

Dog Parker is a Brooklyn-based startup that makes safe, climate-controlled doghouses located outside popular businesses around NYC. Owners can even keep an eye on their pets via a puppy cam connected to a smartphone app. They’re a safe alternative for leaving dogs on longer errands, like trips to the grocery store.

Click the numbers or arrow at the bottom of this page to read even more of our older blogs!